5 Things You May Not Know About William Booth

You probably know that William Booth is a cofounder of The Salvation Army, but did you know that he also had a dog named Gyp? Here are 5 facts about William Booth.
Share
PRINT

1. William Booth was born to Samuel and Mary Moss Booth in Nottingham, England on April 10, 1829. He was the second of five children.

2. William Booth married Catherine Mumford on June 16, 1855, at Stockwell New Chapel, London. Together they raised eight children, two of which became General of The Salvation Army.

3. Booth embraced any technological advance that could be harnessed for spreading the Gospel. Seeing the advantage of the motorcar, he ordered one be painted white at a time when all other vehicles were black. The open car allowed him to stand up at any time to preach.

4. In 1903, Booth went to the Holy Land. He visited the Temple Mount, Church of the Holy Sepulcher, Golgotha and other sites around Jerusalem.

5. The iconic, Salvation Army Thrift Store was but one pillar in William Booth’s plan to reform society, as laid out in his book, “In Darkest England and The Way Out.” Booth’s vision of a “Household Salvage Brigade” that would collect unwanted materials from people’s homes and sell them at a reduce price to help the poor, evolved into the modern day Thrift Store.

ALL ARTICLES
Previous Article
The Spirit of Christ in Caregiving
Next Article
EXTENDED: Products of Transformation 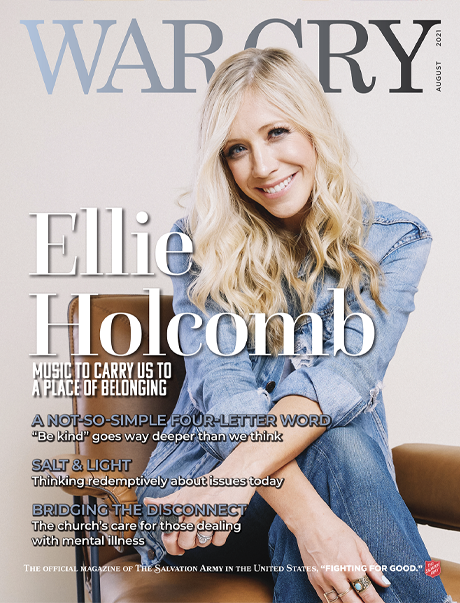